Our Foundation Is Dedicated To
The Advancement Of Medical Education

William F. Grupe- Businessman, inventor, and humanitarian- was born in New York City on June 30th, 1886.  He moved to Jersey City as a child and started working as a young man of 15 to help support his family.  Determined to obtain an education, he attended night school for eight years to study engineering at Cooper Union and chemistry at Columbia University.

His early career included employment at a machine and development company in New York.  In 1914 he was sent to Europe to perfect a new process of gold-tipping cigarettes, then a fashionable practice.  His venture was successful.  Four years later, in 1919, he established his own company, the Peerless Roll Leaf Company.  In 1929, with business expanding, the company relocated to larger quarters in Union City, where it continued to follow a program of progress and diversification.  Mr. Grupe remained active as a businessman and inventor until his last illness in 1966.

The Peerless Roll Leaf Company was a leader in its field, in fact the only company of its kind when it was established in 1919.  Today its gold-leaf for lettering can be applied to cloth, leather, wood, paper, plastics, etc. and is found on items ranging from hatbands to books.

In addition to his success as a businessman, Grupe was a prolific inventor, with over 40 U.S. patents to his name.  Many of his inventions are in use today.  He perfected and refined the gold leaf lettering process, at one point visiting France to study the activities of the "Gold Beaters".  This trip resulted in the creation of a machine to roll gold and other metals to extreme thinness of a few thousandths of an inch, which lead to use of gold leaf in bookbinding.

Grupe helped create the Christie front drive for fire engines.  He suggested injecting lacquer into printing ink, extending the life of storage cartons on which the ink was printed.  He invented Mylar and Poly smudge-free type-writer ribbons.  He took the natural by-products of gold-leaf manufacturer and created a silver chloride magnesium battery used in missiles, ship buoys, and marine life jackets.  He researched and developed a new form of magnetic tape.  He also worked with Kessler Institute in West Orange, New Jersey, to develop mechanical leverage devices used in therapy and treatment.

The royalties derived from these inventions were donated to various charities during Grupe's lifetime.

Throughout his life, William F. Grupe demonstrated a keen interest in education and research.  In his later years through his friendship with Dr George F. Simms of Lyndhurst, New Jersey, he became interested in the field of medicine  (Dr. Simms was later to become the first Vice President of the Board of Trustees of the William F. Grupe Foundation, serving until his death in November of 1975).

In Dr. Simms' company, Mr. Grupe visited various hospitals and medical centers, paying particular attention to medical education programs and the training of young interns and residents.  One of these visits was to Saint Barnabas Medical Center, then located in Newark, New Jersey.  There he met Dr. Abdol H. Islami, Attending Surgeon and Director of Medical Education.  By this time, Dr. islami's special interest in the education of medical graduates had prompted him to establish a medical review course for the instruction of American and foreign medical graduates preparing to take the American Qualification Examination of the Education Council for Foreign Medical Graduates.  The course was also open to practicing physicians as a general refresher course in basic and clinical medical sciences or as a review for those preparing to take specialty board or state board medical licensure exams.  Mr. Grupe was so impressed with the medical education program under Dr. Islami's direction, that he immediately wrote a check to help support the course.  As the years went by, he continued to generously furnish financial aid for those individuals who were unable to pay the registration for the course.

When it became necessary for William Grupe to enter a hospital for treatment, he chose Saint Barnabas Medical Center, which by this time had moved to a new and modern building in Livingston, New Jersey.  While there under the care of Dr. Simms and Dr. Islami, Mr. Grupe's interest in the medical profession grew, as a result of his frequent discussions with both physicians.  During his stay as a patient, he learned that the Medical Center needed a gastroscope which had just been developed.  He promptly provided funds for its purchase, another example of his generous gifts to hospitals in New Jersey over the years.

His intent to use his financial resources to help people crystallized into a determination to improve the medical training of physicians so they in turn could better treat their patients.  Therefore, until his death in 1966 at the age of 80, William F. Grupe remained active in pursuing his ideal - the improvement of medical education and medical skills.

Upon his death, the terms of Mr. Grupe's Will directed his executor to have his attorneys create the Foundation, if he had not already done so in his lifetime.  Thus, the Foundation, which would grant scholarship aid to outstanding students in the health fields in need of financial assistance, was created pursuant to the provision of his Will after he died.

The William F. Grupe Foundation was established in 1975, a tribute to the humanitarian ideals of its remarkable founder. 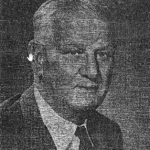 100% Satisfaction From our Grant Recipients!

Here at The Grupe Foundation, we believe our foundation will transform your professional career more than you ever

We're so sure of this that we invite you to apply now and see first hand how our foundation can change YOUR life because you have chosen to help others.

Yes I Want To See If I Am Eligible To Apply For A Grant Today!